In the heart of Pittsburgh awaits a secret half a millennium in the making.

After her father’s murder, Franki discovers she is the secret legacy of the Medici. And she’s targeted for assassination. Unprepared to battle an unknown enemy, she finds her safety depends on the Medici Protectorate, the warriors who guarded her bloodline for centuries.

Gianni, Franki’s protector, takes their first meeting in his business persona—that of the Vice President of Mergers and Acquisitions for a multinational conglomerate. His motive was to garner her trust, but he blows it. His troubles don’t stop there. As he assumes his new role in the secret Brotherhood, he also undergoes inexplicable, explosive changes… transformations he can’t control.

Their worlds collide in passion and violence, and Franki struggles to trust Gianni. When her life is on the line, Gianni will have to conquer both her fears and his own demons to rescue her in time. 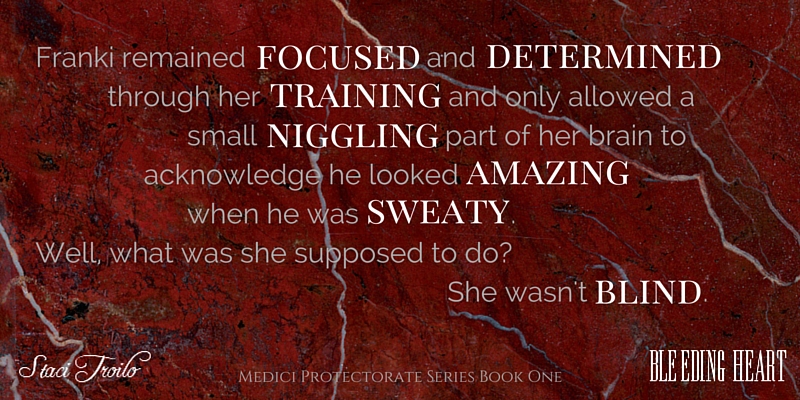 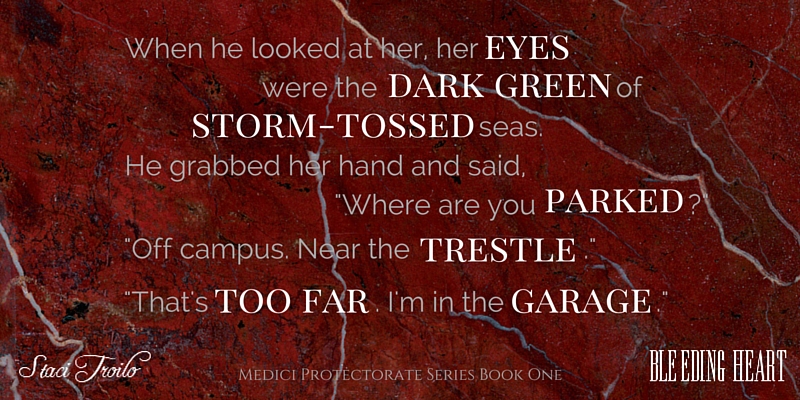 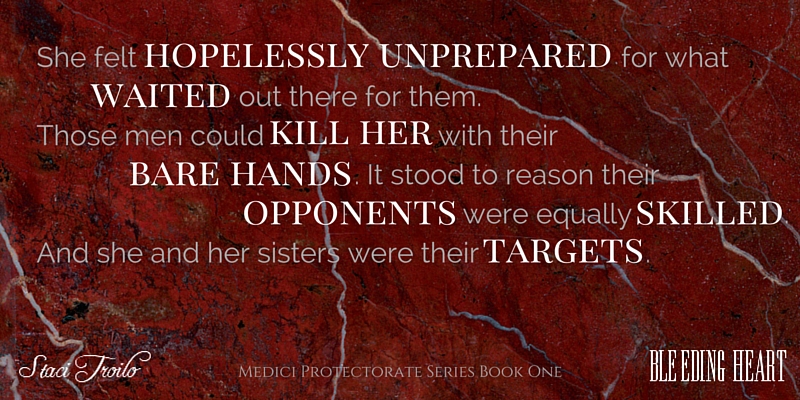 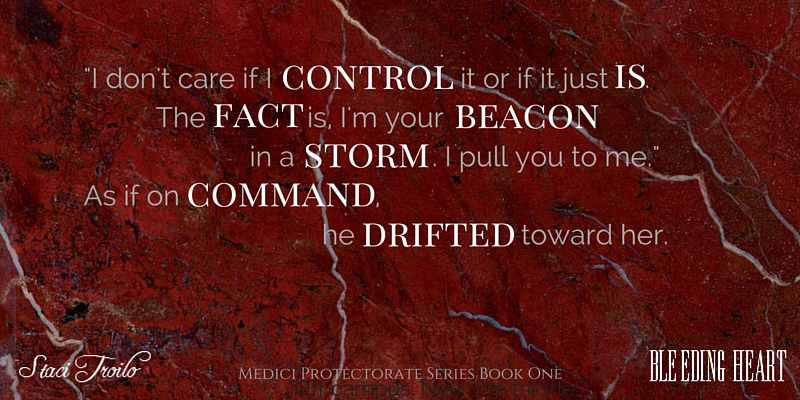 Click this button to add Bleeding Heart to your Goodreads shelf.