It’s been a year, and Laci Marks still hasn’t gotten over her break up with Del Keegan. She attends a New Year’s Eve party hoping to snap out of her ever-present funk, but the frivolity only upsets her more. Unable to navigate the crowd and retreat to the sanctuary of home, she slips out onto the balcony to avoid watching all the couples kiss when the ball drops.

But her private moment is ruined by someone joining her outside—Del.

Laci wants nothing more than to escape, but Del has other things in mind. Soft words and softer lips convince her to stay. And to try again. Thus begins a tumultuous twelve months of love and laughter, fear and failure. They still have the passion, but they also still have all the same problems.

Twelve months from their reconciliation, and nothing is resolved. If anything, Laci feels worse than ever. How many chances can she give their relationship before just giving up? And how many chances is Del willing to take on her?

This novella is a series of twelve vignettes, one a month, until the story reaches its conclusion. There is also a bonus installment at the end. 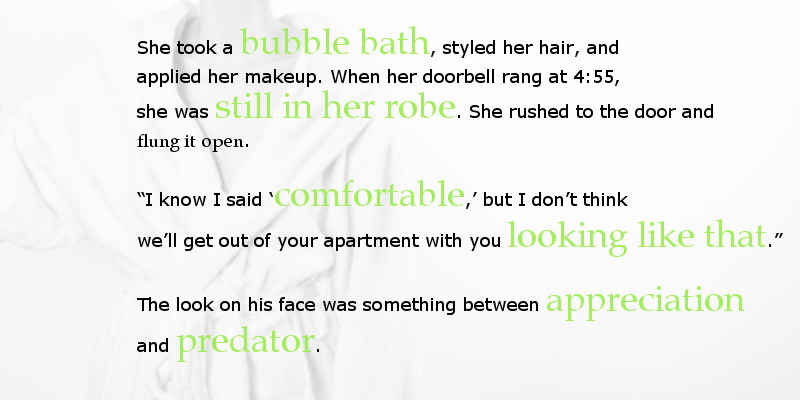 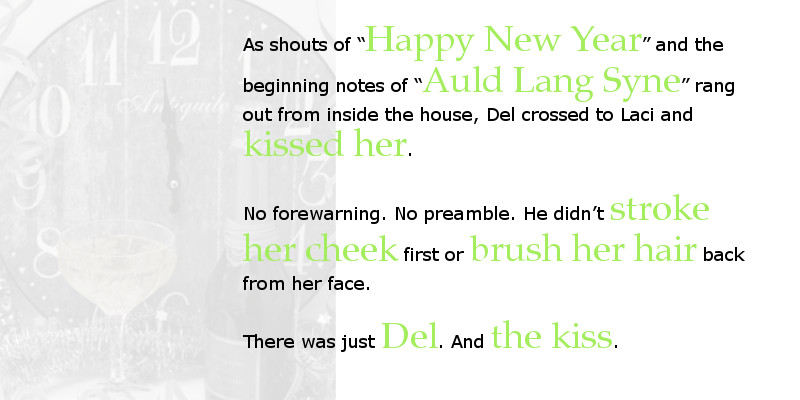 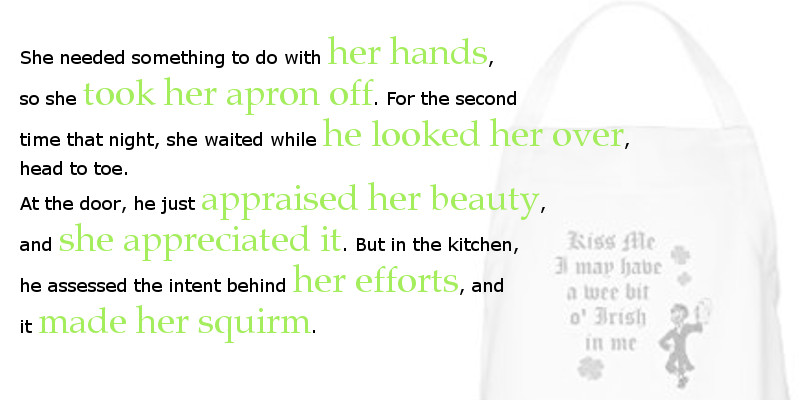 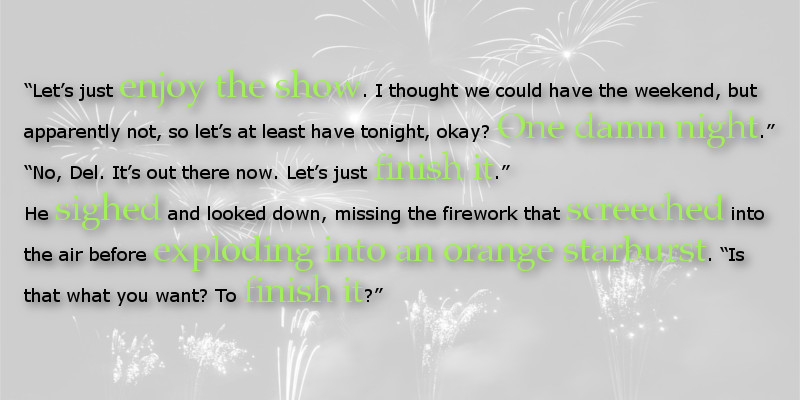 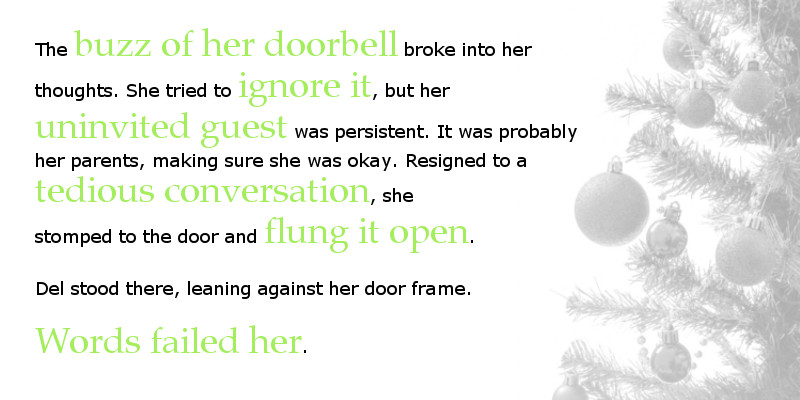